There is a lot of science that goes into a paintball barrel and there are two important factors to consider when you select the best barrel for your marker.

These factors are the barrel thread type and bore size (calibre). Neglecting these factors can have an adverse effect on your overall paintballing experience.

On their own, paintball barrels are not universal and cannot be used with just every marker. If a paintball gun and barrel have different thread types, then they will be incompatible.  However, you can purchase a thread adapter that will allow you to use any barrel with any paintball gun.

In addition to the thread type, you also want to consider the bore size or the calibre of your gun.  There are 2 main bore sizes, the .50 calibre and .68 calibre guns and barrels.

Let’s first review the different thread types then we can discuss the calibre.

There are five types of barrel thread, these include:

The names are often rebranded by different paintball companies for the aim of marketing. 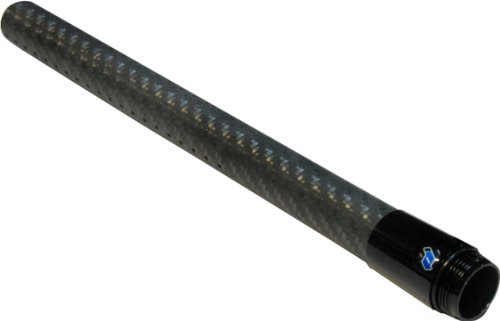 A popular Autococker thread is the Deadly Wind Null Carbon Fiber One Piece Paintball Gun Barrel. Its price ranges between $60-$75 depending on barrel size.

A popular example of the small parts barrel is the GOG One-Piece Carbon Fiber Freak Barrel which costs between $86-$112 depending on the size of the barrel.

The Spyder barrel thread can also be referred to as the Piranha barrel thread. Just like the Autococker barrel threads and its different names, the name ‘Piranha’ was also formulated for marketing purposes by the manufacturing company PMI.

The Spyder threaded barrel has a simple installation process and it ensures an air-tight seal. An example of the Spyder barrel thread is the Proto Paintball 1Pc Spyder Thread Barrel. 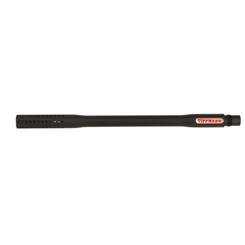 This threaded barrel costs about $50.

This barrel allows for an easy twist and lock system of the barrel onto your marker and it greatly improves the precision of your marker. The barrel type is a common pick amongst professional sniper shooters.

A popular example of the 98 threaded barrel is the Tippmann Sniper Barrel whose price ranges between $50-$100 depending on the size of the barrel. 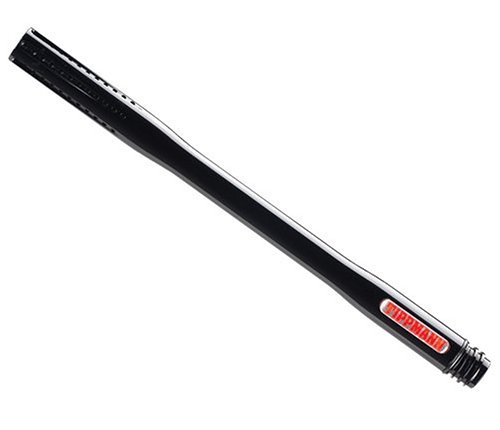 Below is a table showing the various paintball barrel threads and the guns which they are compatible with.

Using a thread adapter makes it possible to use any type of barrel thread with your marker. Thread adapters allow you to easily use old barrels with new markers with a different thread style.

For example, with a thread adaptor, you can use a Spyder barrel with a Tippman 98 (Spyder to 98).

There are thread adapters that support other combinations such as:

The Lapco barrel adapter A5 to Cocker is a good example. Find it here.

A good example is the Lapco Paintball Barrel Adapter - Tippmann A5 to Spyder. Found here.

A suitable adapter here would be the TECHT iFit Barrel Adapter for Spyder Threads. Found here.

An example is the LAPCO Paintball Gun Barrel Adapter Tippmann 98 Custom to Tippmann A5. Found here.

The Shocktech Barrel Adapter Spyder to Ion is a great example. Found here.

That should be a fairly comprehensive list of adapters and where to find them. If I've missed one, please let me know! Now, let's discuss paintball barrel calibre.

On the other hand, if your barrel is too big for the calibre of the balls, then the accuracy of your shots will be affected. As mentioned earlier on, there are two main calibre dimensions for paintballs and barrels which are the .50 calibre and the .68 calibre.

On the other hand, the .50 calibre guns are much lighter and are a perfect pick for beginners in the game and for kids too. These types of guns are often referred to as ‘low-impact guns’ because the paintballs hurt less on impact when compared to the impact from the .68 calibre guns.

The .50 calibre guns can also take more rounds in the hopper due to their small size which is a major advantage it has over the .68 calibre guns.

A lot of professional scenario paintball players decide to convert their .68 calibre guns to shoot .50 calibre paintballs to be able to carry more ammo in their hoppers and because the smaller paintballs can find their way through heavy cover and still hit its target.

Another reason why a shooter may want to convert a .68 calibre gun into shooting .50 calibre rounds is that they hurt less on impact.

Barrel inserts are used to align the size of the ball to the barrel size to create a precise and consistent system. The inserts consist of a hollow extended tube with an outside diameter that is somewhat smaller than the internal diameter of the marker’s barrel.

Barrel inserts can be made from different materials such as brass, aluminium, or bronze. The inside of the inserts may be coated with ceramic, oil or Teflon or any material that will offer a smooth oiled surface for the enhanced projection of the paintball.

Barrel inserts usually extend from the tip of the adapter through the barrel. The lengths of barrel inserts are usually about 12 inches or more and the inside diameter may vary in size from about 0.670 inches to 0.695 inches.

A popular example of the barrel insert is the GOG Paintball Freak Barrel Insert which costs between $13-$15 dollars.

CLEANING THE INSIDE OF A BARREL

It is important to clean your paintball barrel after every use. The paint from the balls can stick to the inside of the barrel which will affect the accuracy of your shots and cause jamming.

A squeegee such as the Exalt Paintball Barrel Maid Swab will get the job done. This squeegee costs about $13 and it is foldable to easily fit into your pocket or bag without taking up too much space.