How Do CO2 Airsoft Guns Work? 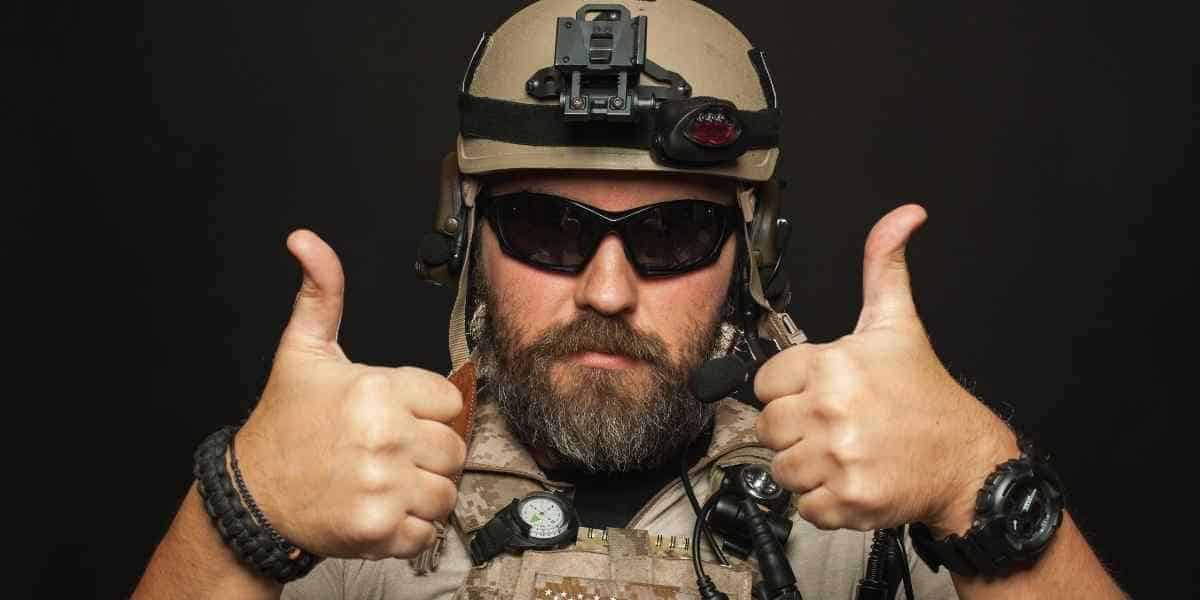 Knowing the ‘how’ provides you with better knowledge of the ‘why’ and ‘when’ Understanding the mechanism behind the functionality of airsoft guns may offer better insight into what type of airsoft gun to use and when to use it.

Airsoft guns are of two main types: mechanical (spring action and electric) and the Pneumatic (Gas). However, for this article, we will be focusing on the Pneumatic airsoft guns, specifically the CO2 gas guns.

CO2 airsoft guns work by making use of a built-in canister that is inserted into the magazine. The gas is released with the pull of the trigger and travels to the nozzle of the gun through a valve to propel the BB. Gas is then sent back due to close the valve which stimulates a recoil.

Most, but not all gas airsoft guns come in pistol form, and like other types of airsoft guns, it has its pros and cons.

In this article, we will highlight the pros and cons of CO2 powered guns and also take a deep look into the parts that make up a CO2 powered gun and how these parts work together to achieve the ultimate result…that is, the BB flying out the barrel towards a target.

CO2 gas refers to pressurized Carbon-dioxide which usually goes into a 12g canister that is about the size of a thumb. This canister is then fixed into the magazine of the pistol.

CO2 gas has a span of about 50 shots per cartridge which might seem little for some shooters. However, the shots from a CO2 gas gun are packed with lots of power.

With the NBB, the slider of the gun stays stationary when shot which makes it gas efficient since no extra gas is used to move the slider back and forth. However, Non-blowback pistols lack realism which is a big deal for players using a gas pistol.

Also, the Non-blowback guns usually have fewer moving parts than the GBBs meaning that less could go wrong with it.

The gas blowback guns, on the other hand, require the slider to move back when shot. This type of gun is less gas efficient, but the added realism gotten from this blowback process makes all the difference to shooters when picking out a gun.

Which is better between a blowback and a non-blowback airsoft gun?

When talking about blowback and non-blowback guns in airsoft, what comes to mind first are pistols because they are the most popular. However, rifles also fall under this category.

Deciding which is better between a blowback and a non-blowback gun depends on whether you want realism or efficiency. When it comes to getting the best realistic feel from using an airsoft pistol, then blowbacks are your best option but in terms of efficiency and cost, non-blowbacks take the win.

Below are the major differences between a blowback and non-blowback gun.

Below are the major parts of a blowback gas pistol and we will be discussing how they work together to get the ultimate result which is for BBs to come flying out of the gun.

The slider is home to the nozzle, valve, hammer, and other components of the pistol. In blowback pistols, the movement of the slider not only adds a realistic feel to the gun but also carries out recoil action which loads the BBs into the nozzle of the gun.

Pulling the slider back cocks the hammer which is held in position till the trigger is pulled. Also, the slider usually comes with a release button which is used to free the slider after it locks when you run out of ammo. After reloading your magazine, the release button is then pressed to continue shooting.

The Hammer, Sear and Valve Knocker

The trigger of the gun is linked to the hammer and the hammer is connected to a valve knocker which is the piece that hits the valve of the magazine to release the gas into the nozzle of the gun.

The main function of the hammer in the airsoft pistol is to help in the release of the gas which propels the ball out of the gun.

The sear is the device which holds the hammer in the cocked position until the trigger has been pulled. When the trigger is pulled, the sear releases the hammer which strikes the valve knocker which in turn hits the magazine release valve and lets the gas into the nozzle.

Even after the shot is fired and the hammer retracts, the valve knocker is held in position until the slider engages the valve knock release which ensures that enough gas pressure is supplied to operate the blowback.

There are two main valves in the CO2 gas pistol. The first valve which can be located in the magazine releases the gas when hit by the valve knocker while the second is a spring valve in the loading nozzle.

The gas is initially sent forward but is later sent back due to pressure which leads to the valve closing. It is the backward movement of the gas that leads to the slider cocking backward.

The nozzle is the part of the gun that directs the flow of the gas. The gas flows into the nozzle from the magazine and it is initially directed forward but after the valve closes, the gas is sent back which causes the slider to recoil.

During the blowback process, while the slider moves back, the nozzle remains in the same position.

For CO2 gas guns, the magazine is home not only to the ammo (BBs) but also to the cartridge which contains the gas. The cartridge is a 12g storage and is inserted into the magazine before being attached to the gun.

For other gases like Green gas and propane, the gas is filled directly into the magazine which could mean more longer shooting time due to larger storage.

There is a spring in the magazine which pushes the ammo up into the gun on after the other. When your magazine is empty, it leads to the slider locking and it would have to be unlocked by pressing the slider release button by the side of the gun. 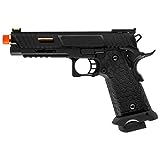 The pneumatic mechanism of the gas-powered airsoft guns is utterly unique.  Knowing how the process works from filling up the gas to the BB coming out of the gun only makes shooters appreciate the level of details and engineering that have gone into creating these guns.

Although the electric airsoft guns are still the most used, the gas-powered blow back pistols are still a top choice for shooters given the level of realism gotten from each shot.

At the end of the day, it is all about having a good time and the blowback pistols are sure to give you that exhilarating feel you would get from shooting a real firearm.

7 Best Paintball Fields in Chicago!
Paintball Maverick is reader-supported. When you buy through links on our site, we may earn an affiliate commission. Learn More. When people think of Chicago, they think of two types of attractions: sports teams and food. However, there is another big destination that many people seem to forget — paintball. Chicago, IL, is home to […] 9 Best Paintball Fields in San Francisco
Paintball Maverick is reader-supported. When you buy through links on our site, we may earn an affiliate commission. Learn More. Paintball is great because it's an activity that anyone and everyone can enjoy. You don't need any prior experience or training—all you need is the right equipment and a place to play. But as a […]

11 Best Paintball Fields in New York
Paintball Maverick is reader-supported. When you buy through links on our site, we may earn an affiliate commission. Learn More. Paintball has been a great way of having some outdoor fun for years. It doesn't require a lot of special gear but still offers the thrill of running around, shooting your friends, and trying to […] 12 Best Paintball Fields in Philadelphia
Paintball Maverick is reader-supported. When you buy through links on our site, we may earn an affiliate commission. Learn More. Playing paintball is a fantastic recreational activity. It's an effective blast from the past, a little nostalgic, and can be enjoyed by anyone of any age. With all these paintball places to choose from, how […]
1 2 3 … 25 Next »
About Us