It can be caused by the gas tank (CO2 or whichever tank you are using) not being filled up. Sometimes the tank itself cannot provide enough pressure to shoot a paintball. Perhaps the paintball has broken in your last round or there is low tension in the hammer.

How to Fix a Paintball Marker That Won’t Re-cock

This was the easy part and should resolve the issue in 90% of the cases. But if it does not, we’ll need a few more difficult fixes. Paintball marker re-cock failure results from weak pressure being applied to the hammer by the spring. This is a common problem if you’ve had your marker for a while. Hammer springs commonly wear out over time and become so weak that the marker simply does not have enough force to re-cock itself. 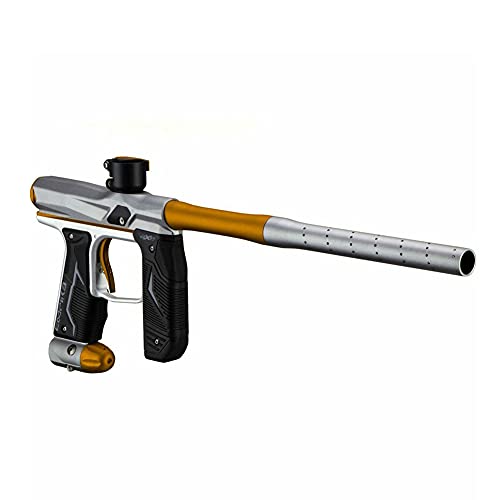 How to Buy a New Spring for Your Marker Hammer

If cleaning the paintball marker and putting it together didn’t fix the problem, consider buying a new spring for your marker. You will have to search on internet forums and online marketplaces for compatible hammer springs. The tension in the new hammer spring should not be excessively high otherwise the hammer won’t budge! At the same time, if the tension is too low, it will prevent the marker from re-cocking itself and we’re back to square one. So make sure you take your time with this one.

How to Install New O-Rings?

The purpose of O-rings is to create a seal around the gas or air in your paintball marker. O-rings are used wherever two pieces of metal are connected and gas passed through. Once you have identified that the O-ring is warped and worn out, you should pull it away from the marker and then slide it off. You may need to use a sharp object to remove it, but this will further damage the O-ring, not that it matters at this point.

Make sure you don’t scratch or damage the metal in the process otherwise it will create sharp jaggies on the surface that could prevent the marker from firing. After putting the new O-ring on, put a drop of grease or marker oil around the o-ring and make sure it is properly coated with it.

How to Fix Problems with the Paintball Tank

If you have determined that your paintball tank is leaking, you will need to refill the tank with CO2 or air. Fortunately, this is a simple fix and requires you to visit your local field fill station. Alternatively, you can buy a High Pressure Air refill station to refill the tank at home. But of course this is overkill and we do not recommend spending a fortune on refill stations.

To do this, simply pull the collar back on the fill station whip, insert the fill valve into your paintball tank, and push the collar forward. Test to see if the collar spins. This ensures that the air won’t spuriously shoot off in random directions.

Now that you have properly hooked up the fill station with the tank, it’s time to fill in the gas. It is important to fill the tank at a slow rate. A faster fill, although convenient, will force debris and water inside the tank, which is most commonly going to be the case with fill stations that haven’t been cleaned (you can never be sure if your local fill station has maintained their device).

So go real slow until you fill up the tank.

Keep a watchful eye on either gauges, both the fill station and your marker’s tank. The number on both tanks indicates the amount of air inside the tank. As a general rule, if your marker’s tank is rated at 4500 psi, you should do pretty okay with 3800-4000 psi of pressure. Consult your paintball marker’s instruction manual for more details on this bit, or make your best judgment call.

Once you are sure that the tank has adequate pressure, you should carefully stop the flow of gas into the tank, pull the collar off from the whip, and you’re good to go.

Broken Pieces of Paintball Lodged in the Marker

It is very common for the actual paintball itself to disintegrate into your marker and cause all kinds of problems. It is frustrating to pull the trigger only to see a spray of paint come out the marker. In some cases, the problem resolves but at other times, it is a sign of a bigger problem. When the paintball disintegrates into the barrel, it will cause your re-cocking problems because the debris gets in the way of moving parts.

Broken paintballs will settle inside the marker, requiring you to manually remove the gunk and debris from inside. Then apply some oil to make the inside smooth for firing.

If this doesn’t resolve the issue and your paintballs continue to break inside, you have to investigate where the breakage is taking place. Take off your tank (make sure to degas it) and hopper. Remove the barrel and look at it from the end of the breech where the barrel threads are. Does the paint gunk start further down the barrel or is the paint breaking away from the breech end?

If you see traces of paint goop running through the barrel then look down at the bolt. Is it covered in paint as well?

If the entire bolt is covered in paint, then you have what is known as a bolt chop. If the paint is only limited to the head of the bolt, then it is a breech break.

If the paintball mess starts somewhere down the barrel, then it is a barrel break. Either way, this will prevent the paintball marker from re-cocking itself. 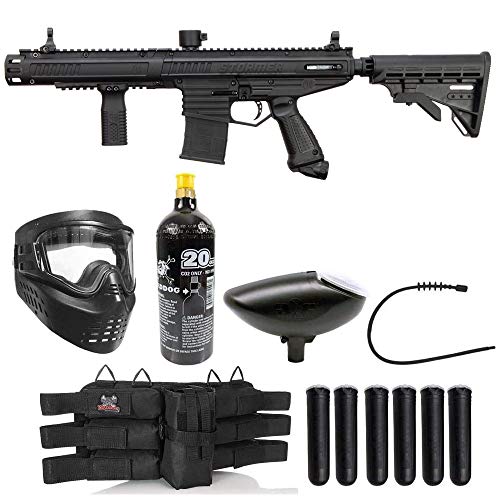 How to Fix Paintball Breech Breaks and Barrel Breaks

Some paintballs are made using sub-standard materials and are poor quality. A fragile ball simply can’t withstand the force of the barrel. A low quality paintball marker could be the culprit since low cost markers are not gentle with paintballs. Try a different set of paintballs if they are available.

2. Paintball Barrel is Too Tight

If the inner diameter of your paintball bore is too tight, then it can break the paintball in the breech and barrel, especially with fragile models. If you can, try replacing the smaller barrel with a larger barrel. This will compromise your accuracy, but at least now you can fire the marker.

The main issue with paintball markers is that the loader simply does not feed paintballs to the barrel fast enough. When this happens, the marker’s powerful bolt slices through the half-chambered paintball. You simply need to reduce your fire rate or get a faster loader.

5. Obstruction in the Barrel

Here’s a good test to see if there are defects and obstructions in the barrel. Take a cotton ball (roughly the size of the paintball) and slide it down the barrel. In normal cases it should slide up and down without any resistance. If you feel it is being snagged somewhere around the porting, then there could be a metal splinter or burr catching the shell. You will need to buy a new barrel in place of the old one.